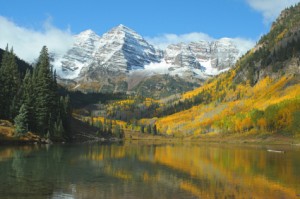 June 3rd, 2014 – Last February, a report from the Kaiser Family Foundation said that Colorado’s “resort region” had the highest insurance rates in the entire country.  Eagle, Garfield, Pitkin & Summit Counties make up of the four “resort region” counties nearest to Aspen and Vail.

Although the region’s residents generally are very fit and have fewer claims than many others in Colorado, the higher premiums are attributed to a limited number of hospitals and specialists that allow the providers to demand high prices from insurers.  In Pitkin County, costs from doctors and other medical professionals are more than double the state average, even though the number of claims filed was 17 percent fewer.

Last week the U.S. Department of Health & Human Services approved Salazar’s request to shrink the 11 current geographic rating regions down to nine starting in 2015. The retooling of the rating areas will combine four rural areas into two larger ones while keeping seven urban areas as they are today. Colorado’s Northeast and Southeast rating areas will be combined into a single region that will consist of 26 counties.

Rates are expected to go up in the non-resort counties. Salazar says prices could rise 4 to 6 percent.  However, the Division of Insurance won’t know the actual rates until June 6, when insurers have to submit proposed premiums for 2015.

Next post: Feds Rein In Employer Payments for Individual Policies