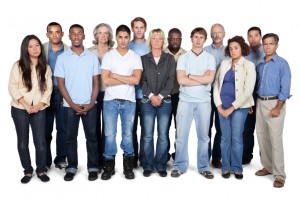 September 21st, 2016 – The Colorado Division of Insurance approved 2017 rates and said health insurance premiums are increasing, on average, 20.4%.  It’s important to note that this is an average and some will pay much less, while others will pay much more.

While people in Colorado’s more populated Front Range cities will feel a sting of rate increases, people in rural Colorado will feel a much larger impact. In 14 counties in Western Colorado, there will only be a single health insurance carrier to choose from and in 16 rural counties in Southern and Eastern Colorado the premium increases will average more than 40%.

Colorado residents who are eligible for Affordable Care Act tax credits through Connect for Health Colorado may see their net premiums decrease by an average of 11%, even though the actual premiums are increasing.  This is due to the effect of ObamaCare tax subsidies.

Colorado’s insurance commissioner, Marguerite Salazar, said the increases are the result of rising health care costs and that the increases will be roughly the same for people who buy their plans on Connect for Health Colorado and for those who buy insurance directly from carriers.

“Health care costs are increasing across the country, and those costs push up premiums,” Salazar said in a statement.”

The Colorado Division of Insurance’s FAQ document added, “Premiums reflect the costs of healthcare – the medical services, prescriptions and the payments to doctors and hospitals and other healthcare service providers. Healthcare costs continue to rise in Colorado, and around the country which pushes up premiums.”

450,000 people in Colorado purchase their own health insurance and will be impacted by rising premiums and fewer insurance carriers and smaller carrier networks. UnitedHealthcare and Humana will not offer individual plans at all and Rocky Mountain Health Plans will only offer its plans in Mesa County, in 2017. Anthem Blue Cross and Blue Shield decided it will not offer its PPO plans in 2017, but will be offering HMO plans to it’s members.

Bright Health Plans is the sole new entrant into the Colorado market in 2017 and will sell individual plans both on and off the exchange. Bright Health Inc. is a startup insurer that is utilizing Centura Health’s providers in Colorado for its new plans.

According to a Kaiser Family Foundation report, on average, family health insurance premiums have risen 20% over the last five years.  While 20% is high, rates increased 31% the previous five years, and a staggering 63% the five years before that.

ColoradoCares, which would be created by Amendment 69, seems doomed to fail, as it’s extraordinarily expensive, provides little accountability and effectively turns Colorado’s health care system over to the government.  Amendment 69 would cost $25 billion per year, nearly doubling the current budget for the entire state of Colorado. All Coloradans will pay into thus system giving Colorado the highest income taxes in the nation.

Open enrollment for the 2017 Open Enrollment Period re-opens on November 1st and continues through January 31st, 2017.

Next post: 2017 Health Insurance Open Enrollment for Colorado is Open