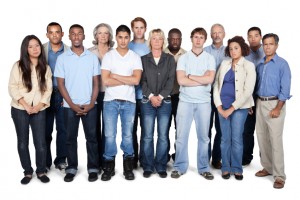 August 3rd, 2015 – 7.5 million Americans received an unwelcome surprise from the IRS for the 2014 tax year, in the form of a tax penality for not having Affordable Care Act compliant health insurance.  About 12 million Americans were exempt from IRS fines because their income was too low or they were Native Americans.

Of the 2.7 million taxpayers who received an advance premium tax credit to reduce the monthly cost of their health insurance, about half wound up owing the IRS money, because their actual income was greater than the income estimates they used when applying for the federal tax subsidies.

In 2016, the tax penalties for not having an ACA compliant health insurance plan go up substantially.  The penalty increases sharply to 2.5% of household income up to a maximum of $2085.

Of course, the financial risks of going without health insurance are substantially higher than the tax penalties.  The Washington Post reported that a man in San Diego was charged $153,000 for healthcare expenses after being bitten by a rattlesnake.

If need a  larger incentive to get health insurance, as well as to eat well and exercise regularly, according to an article by the National Business Group on Health, the total cost (including direct and indirect costs) of a severe heart attack is $1,000,000. The direct costs make up the majority of the costs and should be covered by health insurance.  Indirect costs include time off work and lost productivity. The average cost of a more mild heart attack is about $760,000, including both direct and in-direct costs.

Next post: Selling Health Insurance Across State Lines Is a Swing and a Miss