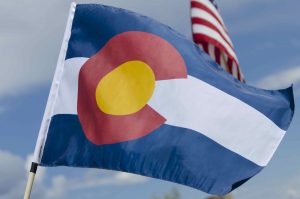 December 3rd, 2019 – Colorado has a new proposed “public option” which is a public health insurance option that potentially could provide another option for people who buy their own health insurance, as early as 2022.

Colorado regulators produced a proposal that is several hundred pages long and officials say its impact on Colorado’s health care system would be substantial.

The state will set hospital prices based upon a number of factors, such as whether the hospital is in a major metro area or rural area, if it’s independent or part of a hospital system and if it mainly serves lower or higher income people.

What do hospitals think of this?  The Colorado Hospital Association’s Executive Vice President Chris Tholen stated that “by opening this public option to all Coloradans, there is the potential to significantly damage the health insurance market in our state.”

The proposal intends to increase offerings in Colorado’s counties where there is only a single insurer. It appears that all insurance companies selling insurance in the individual market would be required to participate in the new program. While Colorado has good competition in the Front Range, could the public option cause insurance companies to pull out of Colorado, leaving Front Range consumers with reduced competition, which could lead to higher prices?

While the proposal compels hospitals to participate, it does not require that private practice doctors accept the public option insurance. If the reimbursement rates to providers are not competitive, the public plan networks may not attract the busiest (and often best) doctors.

To be fair, the plan was meant to be a starting point, to be interpreted and fine tuned during upcoming legislative sessions. Time will tell if Colorado legislators will get behind this proposal, especially since it’s an election year.