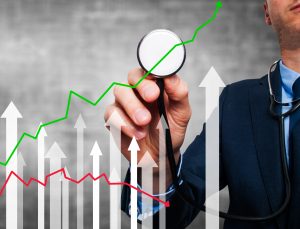 March 7th, 2017 – House Republicans unveiled their proposal, which came from two bills drafted in separate committees, which hopes to replace the Affordable Care Act, better known as ObamaCare. It is being called the American Health Care Act, but the proposal was nicknamed  ObamaCare Lite by some and TrumpCare by others.

The proposed law would continue to let young adults stay on their parents’ health plans until age 26 and continue to not allow insurers to deny coverage or charge higher premiums for people with pre-existing medical problems.

The American Health Care Plan would remove some funding for Planned Parenthood and repeal most of the Affordable Care Act’s taxes starting next year and freeze funding for the 31 states that expanded Medicaid under the law, starting in 2020.

The proposal would end subsidies for health insurance, which may hurt federal and state based exchanges like HealthCare.gov and Connect for Health Colorado.

The proposal would give refundable tax credits tied to age, household size and income:

The proposal would expand use of Health Savings Accounts (HSA’s) to help people save money for health costs, allowing them to put twice as much money into them as they can now.

The bill would repeal the ACA’s 10 Essential Health Benefits and give states the right to determine coverage requirements on a state by state basis.

President Trump’s Tweet is pictured here and the White House called the bill “an important step toward restoring health care choices and affordability back to the American people.”

Next post: After the Meltdown, What’s Next for Health Insurance?

Previous post: 2017 Open Enrollment Closes, But You May Be Eligible for Special Enrollment Opportunities