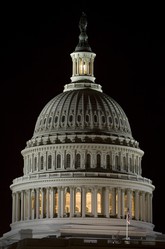 November 9th, 2016 – The elections are finally over and now it’s time to figure out how this will impact Coloradans day to day lives. While the national elections will almost certainly impact ObamaCare in the future, it’s very unlikely that the changes to come will have an impact on the 2017 health insurance enrollments or tax credits.

The old Chinese proverb, “The only thing constant is change” certainly applies to America’s health care system and how we pay for it. While things may look different in 2018 or 2019, Colorado Health Insurance Brokers will be here to help you with whatever changes come.

Below are articles and information from websites to help you process what the election results mean and how this could impact you personally. It’s all meant to be as non-partisan as possible.

“Amendment 69, the ballot measure known as ColoradoCare that would have created a universal health care system in Colorado, was soundly defeated Tuesday night. At 8:30 p.m., with nearly 1.8 million votes counted across the state, the amendment was trailing 79.6 percent to 20.4 percent, according to preliminary state figures. Throughout the campaign, the measure had polled better with Democrats than Republicans. But even in left-leaning Denver, the amendment was losing 2-to-1, according to early returns.” – Denver Post

“Trump promised that repealing Obamacare would be his first act in office. All he needs to do is pull this ready-made Republican plan off the shelf. Donald Trump won the White House. Republicans retained control of the Senate, and are expected to keep the House, too.

Last winter, Republicans drafted a bill that would fit the parameters of the reconciliation process. HR 3762 was introduced into the House on October 16, 2015, by Rep. Tom Price (R-GA). The bill would repeal Obamacare’s tax credits for low- and middle-income Americans to purchase insurance at the end of 2017. It would end the Affordable Care Act’s Medicaid expansion at the same time, essentially creating a two-year transition period in which Republicans would presumably consider Obamacare replacement plans.

“Practically, you can’t turn everything off immediately,” says Chris Condeluci, who worked as tax and benefits counsel for the Senate Finance Committee’s Republicans during the Affordable Care Act debate. “The GOP doesn’t want to get beat up over kicking 20 million people off of insurance.”

HR 3762 would also repeal Obamacare’s mandate. It would end many of Obamacare’s major taxes that helped pay for the health law’s insurance expansion.

This includes taxes on health insurers, hospitals, and medical device manufacturers and a Medicare payroll tax of 0.9 percent that the law levied on Americans who earn more than $200,000 (or $250,000 for a married couple).

The Congressional Budget Office estimates that 22 million people would lose insurance under this plan after the two-year transition policy ended. These would mostly be people who have coverage through Medicaid and the insurance marketplaces.

The repeal plan would reduce the deficit by between $281 billion and $193 billion, depending on how CBO measures the economic effects of the legislation.

Right now that replacement plan isn’t really fleshed out. Condeluci, who worked in the Senate during the Obamacare debate, expects that Republicans would use the two-year transition window to come up with a replacement — but that they’d pass this initial reconciliation bill before that.

“I don’t think the two [repeal and replace] would come in tandem,” Condeluci says. “Replace needs to be litigated to a greater degree than it has before.”

House Republicans did publish a document outlining their Obamacare replacement plan this summer, called “A Better Way.” It envisions many health policy proposals that have become common in conservative plans, like block-granting Medicaid and allowing insurance sales across state lines.

Trump does have a health policy proposal, but it is still a relatively sparse, bullet-pointed list on his website. “I would envision Trump looking to Congress to drive the replace process, just as the Obama administration did with the Affordable Care Act,” Condeluci says.

“The fly in the ointment is that some of the Republicans supported the reconciliation repeal thinking it would never happen,” says McDonough. “Will they actually vote to take away insurance form 20 million Americans? That’s the unknown right now.” – Vox Article

“HEALTHCARE REFORM TO MAKE AMERICA GREAT AGAIN”
“Since March of 2010, the American people have had to suffer under the incredible economic burden of the Affordable Care Act—Obamacare. This legislation, passed by totally partisan votes in the House and Senate and signed into law by the most divisive and partisan President in American history, has tragically but predictably resulted in runaway costs, websites that don’t work, greater rationing of care, higher premiums, less competition and fewer choices. Obamacare has raised the economic uncertainty of every single person residing in this country. As it appears Obamacare is certain to collapse of its own weight, the damage done by the Democrats and President Obama, and abetted by the Supreme Court, will be difficult to repair unless the next President and a Republican congress lead the effort to bring much-needed free market reforms to the healthcare industry.

But none of these positive reforms can be accomplished without Obamacare repeal. On day one of the Trump Administration, we will ask Congress to immediately deliver a full repeal of Obamacare.

However, it is not enough to simply repeal this terrible legislation. We will work with Congress to make sure we have a series of reforms ready for implementation that follow free market principles and that will restore economic freedom and certainty to everyone in this country. By following free market principles and working together to create sound public policy that will broaden healthcare access, make healthcare more affordable and improve the quality of the care available to all Americans.

Any reform effort must begin with Congress. Since Obamacare became law, conservative Republicans have been offering reforms that can be delivered individually or as part of more comprehensive reform efforts. In the remaining sections of this policy paper, several reforms will be offered that should be considered by Congress so that on the first day of the Trump Administration, we can start the process of restoring faith in government and economic liberty to the people.

Congress must act. Our elected representatives in the House and Senate must:

The reforms outlined above will lower healthcare costs for all Americans. They are simply a place to start. There are other reforms that might be considered if they serve to lower costs, remove uncertainty and provide financial security for all Americans. And we must also take actions in other policy areas to lower healthcare costs and burdens. Enforcing immigration laws, eliminating fraud and waste and energizing our economy will relieve the economic pressures felt by every American. It is the moral responsibility of a nation’s government to do what is best for the people and what is in the interest of securing the future of the nation.

Providing healthcare to illegal immigrants costs us some $11 billion annually. If we were to simply enforce the current immigration laws and restrict the unbridled granting of visas to this country, we could relieve healthcare cost pressures on state and local governments.

To reduce the number of individuals needing access to programs like Medicaid and Children’s Health Insurance Program we will need to install programs that grow the economy and bring capital and jobs back to America. The best social program has always been a job – and taking care of our economy will go a long way towards reducing our dependence on public health programs.

Finally, we need to reform our mental health programs and institutions in this country. Families, without the ability to get the information needed to help those who are ailing, are too often not given the tools to help their loved ones. There are promising reforms being developed in Congress that should receive bi-partisan support

To reform healthcare in America, we need a President who has the leadership skills, will and courage to engage the American people and convince Congress to do what is best for the country. These straightforward reforms, along with many others I have proposed throughout my campaign, will ensure that together we will Make America Great Again.” – Trump Website

Next post: Still Time to Save: Open Enrollment Open Until January 31st