Individual Markets May Be Disrupted By Court Ruling 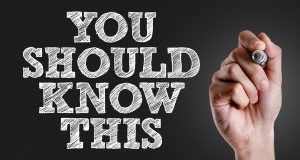 Instead, with President Trump’s endorsement, Jeff Sessions supports an argument from a US District Court in Texas that the entire Affordable Care Act (ACA, also known as ObamaCare) law is invalid.

The lawsuit from North Texas District Court contends that the ACA’s provision requiring most Americans to carry health insurance is unconstitutional and because it will longer be enforced at the end of 2018, consumer insurance protections under the law should not be valid, either.

The ACA’s fate may be up to US District Judge Reed O’Connor who was appointed by President Bush and who has ruled against the ACA in the past.  If upheld by Judge O’Connor, it could completely undermine individual insurance markets and may do away with the Affordable Care Act’s requirement that individual health insurance companies cover people with pre-existing conditions.

The timing may also destabilize individual insurance markets, as insurance carriers in Colorado are currently in the process of submitting their health insurance policy rate filings for 2019.